A look at Namibia’s history

Namibia is approximately 824,292 square kilometers with a population of only 2,426,469. Namibia was named after the Namib desert, one of the largest and oldest in the world. Namib means ‘vast place,’ which accurately describes the region.

The country is situated north-west of South Africa. The Orange River marks the border between the two countries, with Angola to the north and Botswana to the east.

Namibia is a very young country, gaining its independence in the late 20th century. From 1884 until 1915, Namibia was a German colony known as ‘German South West Africa.’ In 1915, after the end of the First World War, the League of Nations placed South West Africa under British mandate. They entrust the administration to the government of South Africa.

The region’s prosperity increased after World War II due to the diamond and beef markets. This wealth is almost exclusively amongst white settlers, leaving the black population aggravated by the 1948 apartheid in South Africa.

Black leaders in South West Africa now start to petition the UN against South African rule, and in 1967, the UN asserts its sovereignty and actively campaigns for the liberation of the region. The UN starts to refer to the area by a more fitting name – Namibia. Now, local organizations have also begun working to the same goal of independence.

In 1960, SWAPO (South West Africa People’s Organization) was born, which soon became the main political force – launching a guerilla campaign against the South African administration. Efforts to suppress SWAPO escalate into a war through the 1980s, which drained South African’s funds and energy. The effort collapsed in 1988.

The UN supervises the provision of a new constitution and holds elections in 1989. After 106 years of German and South African rule, SWAPO wins and Sam Nujoma becomes the first president of Namibia.

Windhoek is the capital of Namibia and sits in the country’s central highlands. South of the city, the sprawling Heroes’ Acre war memorial commemorates Namibia’s independence. Windhoek has a population of about 326,000 people. Because of the city’s proximity to the international airport, Windhoek serves as an important role in Namibia’s tourism. 56% of all tourists visiting Namibia, also visit Windhoek. 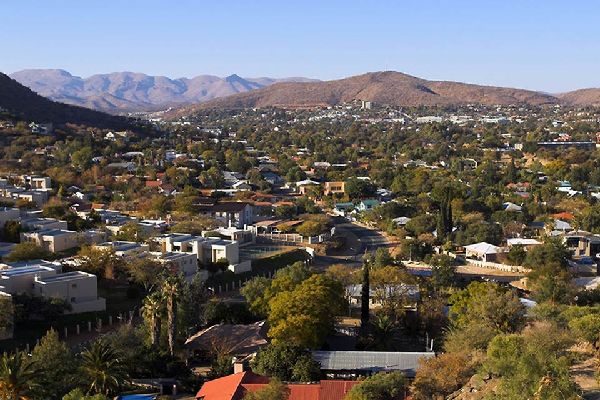 Tsumeb is also close to many historical sites throughout Namibia. You can see the world’s largest meteorite – Hoba, Lake Otjikoto, the Tsumeb Museum and Arts and Crafts Centre, the famous Baobab Tree, Dragon’s Breath Cave, and much more.

Book your stay with Kupferquelle, and make sure to take advantage of the surrounding area to soak in all Namibia has to offer!