The history and culture of Namibia

Compared to the rest of the world, Namibia might not be on the top of your travel list. The country sees over 1 million travelers per year, however to put that into perspective, Hong Kong saw the most visitors in 2015 with 26.6 million visitors. While Namibia isn’t one of the world’s top destinations, the country has much to offer.  Namibia is a land of extreme natural beauty and to truly appreciate the country, you need to get out into the countryside. With Kupferquelle as a base, or even just as a stopover – come see what others do, and enjoy Namibia!

Namibia is a young country that covers 825,000 square kilometers on the southwest coast of Africa. Colonized by Germany and Africa, the country only gained its independence in 1990. Because of the vast desert, Namibia is one of the most sparsely populated countries in the world. With a population of just over 2 million, the majority of those live in the northern region because of the sufficient rainfall that provides for grain farming.

At Kupferquelle, you can experience life like the locals. Located just 3 kilometers south of Tsumeb’s town centre, you’ll find the Tsumeb Cultural Village, which is an open-air museum that highlights the history, lifestyle, culture, and talent of Namibian tribal communities.

Take a trip about 65 kilometres north of Tsumeb and you’ll find the Bushmen cultural village near Tsintsabis. Here, the Hei/om Bushmen, and the Kung Bushmen take residence. You’ll get a first hand look at the lifestyle of these locals, and you may even get the chance to participate in various cultural activities. 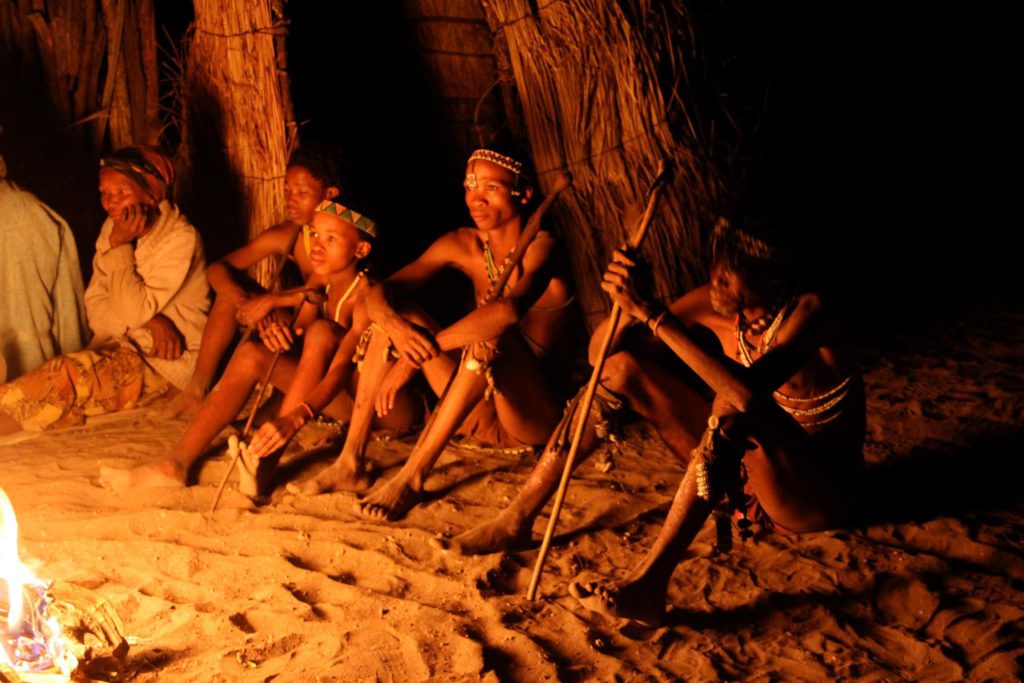 Most of these tribes have kept to their age-old nomadic or semi-nomadic lifestyles. Men still hunt with bows and poison arrows, and women still forage for edible plants, roots, and wild fruits and berries.

While English is the official national language, few Namibians speak it as their mother-tongue. Khoisan languages are scattered all through the country. You can differentiate these because they are characterized by their clicking sounds. About a quarter of a million Namibians speak Khoekhoe, a Khoisan language. Since colonized by Germany, it’s not a surprise that Christianity is practiced by about 90% of Namibians. The largest Christian group is the Lutheran Church followed by the Roman Catholics, in fact – you can visit The Roman Catholic Church Building, which is the oldest building in Tsumeb. Many other religions can be found through the country, and whatever you prefer – you will be warmly welcomed into the country.

Namibia has many cultural sites to offer. Those close to Kupferquelle include the Baobab tree, the Hoba Meteorite (the world’s largest!), and Lake Otjikoto to name a few.

After you’ve finished soaking in all that Namibian culture, join us for a relaxing evening by the pool and enjoy the night sky!