Artworks in Namibia is said to be thousands of years old. “Namibian rock paintings have fascinated art and history enthusiasts since their day of discovery, and continue to be some of the most mysterious pieces of art around the world.”

You can find rock art sites scattered across our beautiful country. Two of the best-known sites are the Brandberg Massif, and Twyfelfontein – both located in Damaraland in North Western Namibia. Twyfelfontein was approved as Namibia’s first UNESCO World Heritage Site in 2007, and is considered one of the most important rock engraving sites in southern Africa.

Twyfelfontein has been inhabited for 6,000+ years, first by hunter-gatherers and later by Khoikhoi herders. Both groups of people used it as a place of worship and a site to conduct shamanist rituals. During this process, at least 2,500 rock carvings have been created which is one of the largest concentrations of rock petroglyphs in Africa. You can clearly distinguish artwork created by each group of people.

The rocks at Twyfelfontein are covered by a hard patina that appears brown or dark grey. Engravings were made by chiseling through this patina which exposed the lighter rock underneath. The oldest engravings could be as old as 10,000 years and were probably ongoing until about 1000 AD.

Three different types of engravings can be distinguished at Twyfelfontein:

It is believed that the hunter-gatherers created most of the iconic engravings during shamanist rituals. Shamanism is a practice that involves an individual reaching altered states of consciousness to connect with a spirit world and channel these transcendental energies into this world. 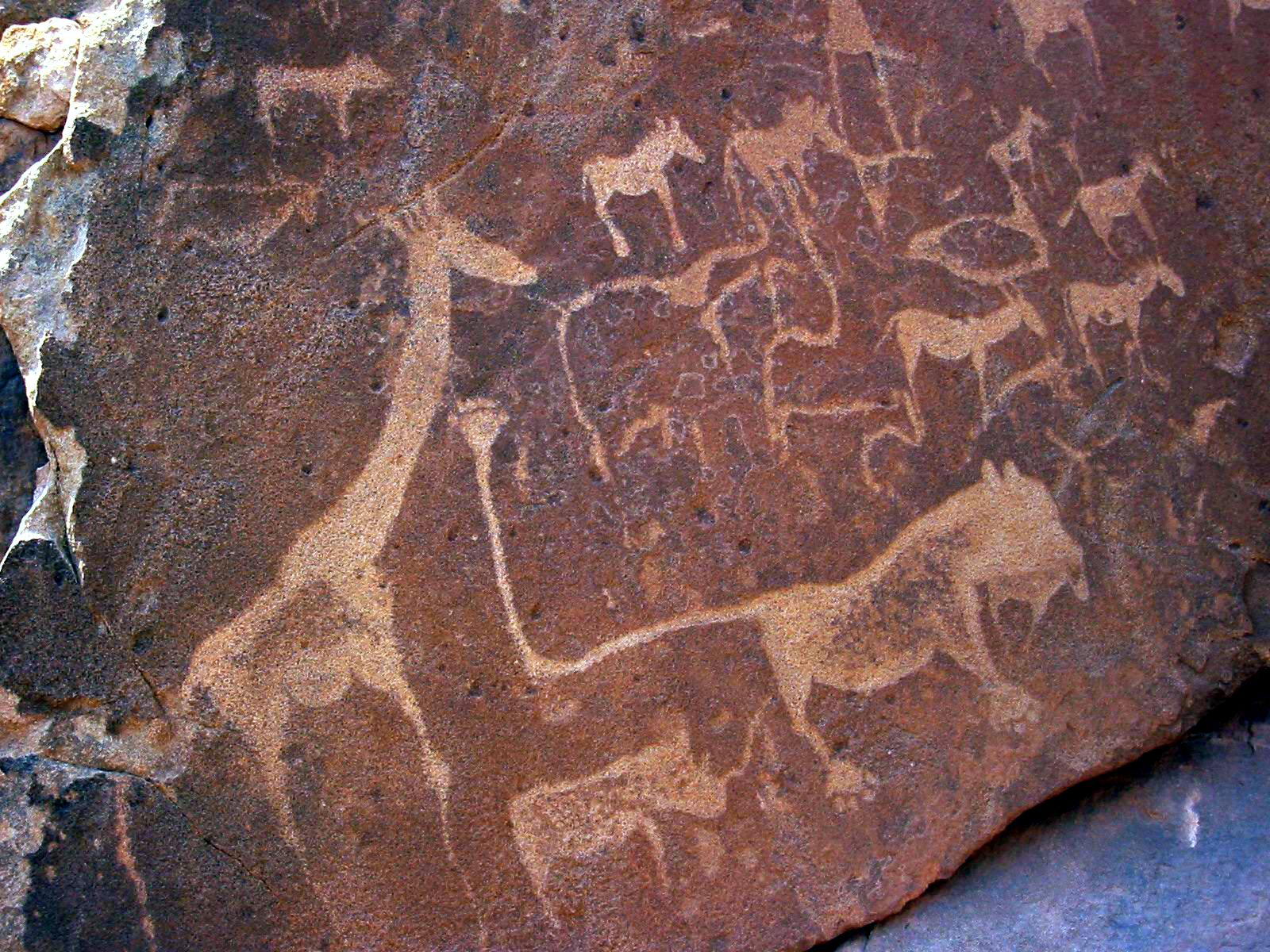 In addition to the famous rock art in Namibia, each ethnic group has a distinct identity. Of course, certain features remain similar such as traditional arts, crafts, music, and dance. Different tribes’ people have a range of traditional arts and crafts such as basketry, woodcarving, leatherwork, beadwork, ceramics, and painting. More recent arts include textiles, hand weaving and embroidery, sculptures, printmaking, and theatre.

Not far from Kupferquelle and Tsumeb, the Bushmen, Himba, and more continue to create fabulous items from wood with their woodcarving skills. Masks, figurines, bowls, instruments, sculptures, and furniture are made in ornate or simplistic styles with decorative techniques like incising, etching, carving, and burning.

Both tribes also specialize in beadwork. They use beads made from ostrich egg shells, porcupine quills, stones, seeds, nuts, and wood. Jewelry and other accessories are vividly decorated with beads in traditional patterns – each pattern has its own motif and story – making each item unique and extraordinary.

More recently, the art of printmaking has started to make its rounds throughout Namibia. John Muafangejo was considered the most important visual artist of Namibia. He is internationally known as a creator of woodcut prints, – linocuts, woodcuts, and etchings. His linocuts are powerful depictions of people and events, expressed in black and white imagery.

Muafangejo often combined text with images. His images contained references to the history and culture of the ovaKwanyama. He did not live to see the independence of Namibia, but the violent struggle for it formed the background for his art. There are 3 rooms devoted to his works in the National Art Gallery of Namibia in Windhoek. 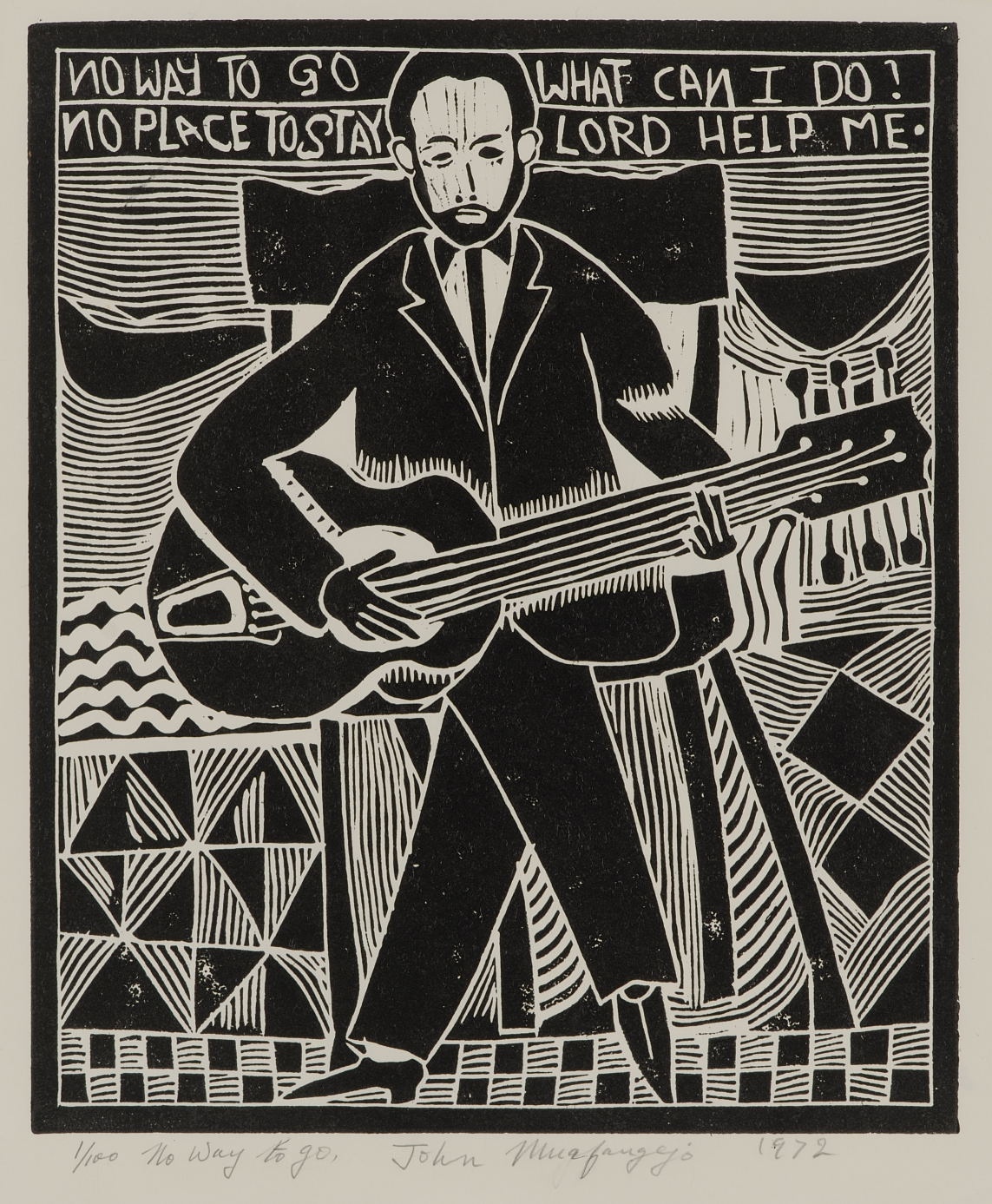 For a firsthand look at what Namibia has to offer, you can visit the Tsumeb Arts & Crafts Centre, just 3km from our resort. The craft centre has Caprivian woodwork, San arts, Owambo basketry, European-Namibian leatherwork, karakul weavings, and other traditional northern Namibian arts and crafts.

To book your stay with us, visit our online booking portal to check availability for your preferred dates. We hope to see you soon!